“I can well remember the time when we moved to a small flat in London together, she grew Scarlet Carsons for me in our window box…… and our places always smelt of roses. Those were the best years of my life.”

It is a picture from a superhero movie called V for Vendetta, which talks about an unidentified man who named V with a Guy Fawkes mask fighting for freedom and democracy with the government.

The story sets in an anti-Utopian society in the future where fascism prevails and people, hoodwinked by lies and plots, living at the mercy of the government lose the right to speak and to know. And one day, one of the victims whose code name is V stood out.

V used to be a gay living happily with his boyfriend since when Adam Sutler came into power and forbid homosexual marriage, V was caught into prison and tested as a biological experimental subject. As a result, he survived through endless experimental torture and a severe fire, becoming an eyeless freak, which is different from normal human beings. After having experienced a rebirth of Phoenix Nirvana, he took a road of vengeance.

In the beginning of the movie, it is through the speech of heroine that points out the theme. Because of violating the yellow coded curfew, the heroine, Evey was arrested and nearly raped by secret policemen. In such times of crisis, V showed up and played an awesome role in saving the beauty. It is at that time that the destiny of Evey was closely tied to V. After that, he invited her to enjoy his concert, which actually means blowing the Bailey up in the music of Tchaikovsky’s 1812 Overture. It is followed that V attacked the TV station and delivered a speech aiming to arouse the public’s awareness of truth, freedom and democracy, meanwhile made a promise of blowing Parliament up. When V fleeing was threatened by police, Evey helped him get out of the trouble but felling into a coma. Kind-hearted V took her home.

Disapproval of V’s extreme revenge about the country and the society, Evey just ran away.

In Act II, Evey went to her colleague, Gordon for help and hid herself in his house. However, Gordon ran a satirical program of current politics and was executed while Evey was unfortunately caught and put into a prison where she lingered in pain for a long time. During the tough period, the only comfort for her was to read the story of Valerie, her cellmate living the next door. Reading Valerie’s letter, Evey came to understand the miserable life about homosexuals in the rule of the Sutler’s government and gained the courage to fight with the darkness and face the death. She would rather die behind the chemical sheds than reveal a piece of information about V. Otherwise, much to our surprise, what Evey experienced in the cell since Gordon died was all arranged by V. Evey just cannot believe the truth and suffered a breakdown.

Just as the classical line goes “Artists use the lies to tell the truth”, without the lies V created, can’t Evey find something true about herself. In the end, Evey calmed down and reshaped herself in the rain.

In the last part of the film, V carefully prepared for his final plan in the purpose of revenging for the justice and fulfilling the promise about the November 5th. First, V trapped Chief Inspector Finch and told the truth what actually happened to him relying his fake identity. Then, he threatened Mr. Creedy——the head of the secret police to exchange for Adam Sutler’s life. Ultimately, V got what he wanted. His plan went smoothly, V shared his end with Creedy and Sutler. Before passing away, V, who used to be extreme about politic gave the right to Evey to make decisions whether blow the Parliament up or not. And Evey sent V’s body into the train full loaded with ammunition to the Parliament.

Finally, in the music of Tchaikovsky ‘s 1812 Overture, thousands of men wearing black robes with Guy Fawkes masks rushed to the Parliament. What did not disappoint them was that the Parliament was blew up, beautiful fireworks showing V appeared in the night sky and all the people took their mask off, enjoying the pleasure of victory. In the end of the film, Evey answered the question from the Inspector about “Who was he?”. “He was Edmond Dantes. And he was my father…and my mother. My brother. My friend. He was you… and me. He was all of us.” Evey said, also pointing out the meaning of V, which not only represents a name, but also stands for a symbol of thought that once referred to the beginning of the film.

“We are told to remember the idea and not the man, because a man can fail. He can be caught, he can be killed and forgotten. But 400 years later, an idea can still change the world.” That was the power of thought. In the movie, V, as a fighter of freedom, eventually died but his free will inspired crowds of people, which made me come to realize that one’s flesh can be destroyed but thought cannot.

Expect the two explosions, another correspondence in the film is that Evey enjoyed the rain out of prison and she understood that God’s in the rain. I couldn’t help thinking V’s rising from the ashes like a phoenix. The two scenes are connected with each other and they are too shocking to describe the very details. V recalled his miserable cell life in Evey’s experience and felt the hatred, the sadness, the unbearable, the relief……Also, Evey said the same words” God’s in the rain” like Valerie’s. She just found internal peace and felt being blessed by God after going out of the prison.

Besides the correspondence from the former part to the latter part in the classical lines, the film is filled with many symbols. And roses are one of the most important symbols.

As is well known to us all that rose is usually a symbol of love and romance. However, in this movie, every time when V executed his old enemies, he put a Scarlet Carson on their bodies. It just like a death knell for the wicked that it is your time to atone for your crimes and please prepare for it. Besides those pictures, there is another scene that Valerie and Ruth planted a large amount of Scarlet Carsons in their flat before they separated. And the last scene for roses is that V was placed in the bed surrounded with roses by Evey after V died. Through the talk between Evey and V, we can make it clear that Scarlet Carson is a kind of rose, which almost die out but actually exists. The same applies to V, who was suffered pains for a long time and turned into a freak. To some extent, he was died. But he eventually survived just like Scarlet Carson. And this is the reason why once someone was killed with a rose; the police knew its V’s work.

It is only the first meaning of the rose that stands for V’s strong vitality.

In my opinion, V’s roses for old enemies is also in memory of Valerie and other companies with similar experiences.

Like roses, the mask plays a vital part in the image-building of the protagonist that cannot be neglected. It is Guy Fawkes’ face on the mask, with a weird and joking smile. First of all, the main function of the mask is to cover V’s face because he is eyeless. Wearing a mask, V can act as a normal person and not frighten others. Also, a mask can virtually add a bit of mystery to the protagonist. Last but not the least, it’s the Guy Fawkes’ face that matters. In the beginning of the movie, it mentions Gunpowder Plot and Guy Fawkes’ death. Guy Fawkes is like a revolution pioneer and spiritual leader to guide people into the road of freedom and enlighten people to fight for thoughts. Therefore, in some way, V wears Guy Fawkes mask is to show his respect to him and insist on dedicating himself to fighting for thoughts and freedom.

We can clearly find that thousands of people dress like V, wearing Guy Fawkes masks. It is the evidence that Guy Fawkes’ spirt can be reflected in everyone. Everyone can be Guy Fawkes. We can regard Guy Fawkes as the pioneer of thoughts, V the Successor and Evey the inspired person.

At last, I offer Ernest Hemingway’s quote to show my love to the film “A man can be destroyed but not defeated”. 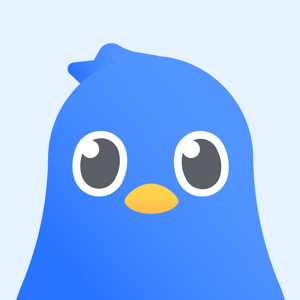 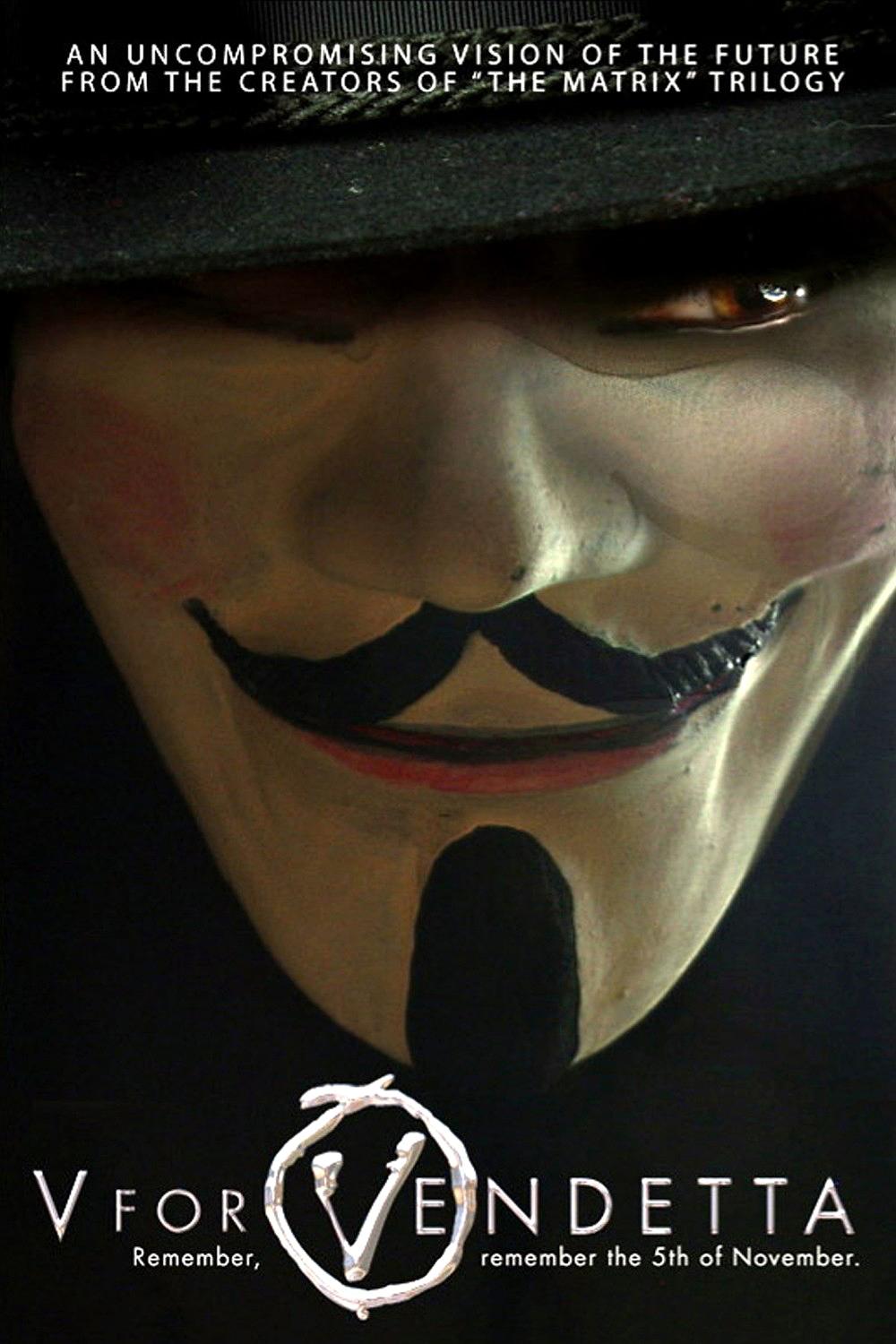